Rotate your smartphone to landscape or increase your browser width to see session descriptions.

Start the day right and enjoy the continental breakfast while networking with other attendees.

Enjoy the break and networking time.

Lunch is served. Enjoy the break and networking time.

Keynote
Red Mountain Ballroom
Keynote
“Mixed Reality: The Metaverse and what it means to Test Engineering.” 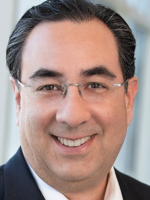 In recent times, we’ve been through the Personal Computer, the Internet, the Cell phone, and most recently the Smart Phone revolution. The next disruption is mixed reality (Augmented Reality & Virtual Reality) and the Metaverse. We are at the emerging phase of the Metaverse.

There will be new challenges in developing and building the technology (semiconductors, optics, materials, and software) that will enable us to interact with the Metaverse in ubiquitous and natural ways. Arguably the massive computing and other product requirements will drive semiconductor technology far beyond today&rsquo;s devices which will in turn significantly change how devices are designed, built, and tested. We will discuss what it will mean for Test Engineering!

Octavio Martinez is Vice President of Product Integrity for Microsoft Mixed Reality products. Previously, Octavio served as vice president at Intel’s Manufacturing Product Engineering Organization from 2018 to 2021. He was responsible for New Product Introduction and Quality as well as Product & Test Development Benchmarking. During his tenure, Octavio drove Server Quality to well below 500 dpm (defects per million). In the benchmarking space, Octavio produced insightful studies and established initiatives that are currently driving a significant improvement in execution and cost.

Octavio arrived at Intel with over two decades of experience in engineering and leadership with Qualcomm, where he served as Vice President of Engineering in charge of Product and Test Engineering of many key silicon product families. This included Qualcomm’s Single-chip Solution, RF transceivers, power amplifiers, power management, audio codecs, and fingerprint sensors. He received Qualcomm’s Upendra Patel Engineering Excellence award three years consecutively for his leadership of Qualcomm’s single chip product family, which shipped over a billion units. The single chip product family included an application processor, modem, RF transceiver, power management, and audio chips all in a single package. Additionally, he has given many presentations and keynote addresses on topics related to semiconductor testing and product development at high profile venues such as ITC, SEMICON West, Test Visio2020, and several others.

Octavio holds a master’s degree in business administration and a bachelor’s degree in electrical engineering both from San Diego State University.

Enjoy the break and networking time.

The TestConX EXPO is a very popular part of the TestConX program with many great exhibits for connecting electronic test professionals to solutions. There is always something new to see or someone new to meet. Not to mention excellent food, drinks, and time for attendees to network with exhibitors!

Program subject to change without notice.